The COVID-19 pandemic is turning our world upside down, and threatening the world around us, and forcing people to stay inside. Isn’t that precisely what climate change is? Forcing people to stay inside their houses due to wildfires or hurricanes. While I know that COVID is here to stay for quite a while, we have been able to come up with a vaccine to hopefully resolve it. I fear for the long term implications of climate change, with no solution in sight.

This prompted me to ask: Why not treat both crises with the same attitude? People keep saying ‘listen to the scientists,’ but these scientists have also warned about the dangers of climate change:

COVID-19 is very different compared to all the various implications of climate change. And in the Coronavirus crisis, we already have seen signs of it being under control, at least in some countries, but this is only because politicians were forced to take drastic measures.

Even though some still take the necessity for change more seriously than others, all of the world leaders know the significance of their actions in this emergency. The worsening environmental situation has already forced China for example into reshaping their energy management using increasingly renewable energy, becoming the new pioneer.

While the American people are also currently battling systemic racism, remember that low-income communities, such as those of black and brown people, are the most affected by both the corona crisis and the climate crisis. This is because they are more likely to be exposed to air pollution, having unlawfully unsafe drinking water, or living closer to waste and chemical facilities.

This phenomenon is known as environmental racism and is a product of segregation, which can still be seen in modern-day America. The gap between rich and poor will further expand by the effects of climate change, and this can be seen worldwide.

What baffles me is that people make out climate change to be something irrelevant or insignificant, as if it will damage the economy by creating legislation around it.

“Trump and [Pence] claim these devastating policies are in the economic interests of their countries and populations, says Ken Livingstone, former Mayor of London. [But] they only advance short-term profits for a tiny elite”. So frankly it’s not even about the economy but rather about the personal wealth of the already wealthy, and this does not surprise me.

Individuals doing their part in helping the environment isn’t enough. Industries and big firms need to be forced into eco-friendly and sustainable thinking. They must be held responsible for their pretty big share in climate change, due to their desire to make the most money.

What’s needed is a green-new-deal and a change in our consumption behavior. What we need are governments that care more about our future of the planet than about monetary gains! ‍

How do teenagers become involved in the climate crisis? ‍

Sign petitions; get involved in regional initiatives; vote as soon as you can; become informed and be ready to share your knowledge with others. During the short term, demonstrations for climate justice were canceled because of COVID. But they’re back! On the 25th of September, there was the first international strike after the Coronavirus shutdown. The next one will be on November 29! Mark your calendars.

What I really love about Judaism is how highly it values Tikkun Olam (תיקון עולם) and teaches us to care about our environment instead of being ignorant. For example, it is forbidden to Bal Tashchit (בל תשחית), to destroy unnecessary waste. Instead, one should cultivate and preserve the earth, lowdah uleshomrah (לעבדה ולשמרה). We should live in harmony within the ecosystem and reject the materialist way of thinking that we own land.

For example, for a long period of time the people of Israel gave the land they harvested a Shnat Shmitta (שנת שמיטה), a rest every seventh year. These are such beautiful traditions which we should re-embrace!

Take your mask, grab some friends, make some signs, and demand ACTION!

Because our future is at stake! Let’s hold onto the value of Tikkun Olam And be more vocal than ever before because we know the governments need to respond to the climate crisis urgently‍

If you are interested in fighting for climate justice you should check out the news and info by the climate change task force of BBYO!

Written with the help of my friend Tim Springer

Naomi is a BBG living near Cologne, Germany who is passionate about politics, cultures and Tikkun Olam.

A Steerer’s Point of View

Experiencing a convention behind-the-scenes was an extremely eye-opening experience.

First Time Being on Board? Here Are Some Tips 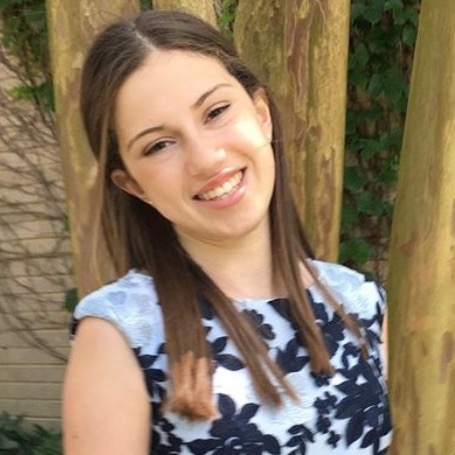 Being on board for the first time can be a bit overwhelming, confusing and stressful, so here are some tips to make board as fun and smooth as possible!

The fourth and final part of the alumni interview series!