Sports work in a hierarchy: professional sports up top, followed by collegiate sports, and then high school. This ladder-shaped system has been around for ages, shaping how our very own high school sports are run and played. Now, as we attempt to continue sports amidst a pandemic, professional sports leagues only seem to trickle down pessimism to younger athletes. With desperate pleads from high school athletes to play the sports we love, it’s difficult to maintain hope in a world where even the richest corporations struggle to hold seasons.

Sure, each sports league has gotten a season off (with the NFL over halfway there), but every league has also met strife and a multitude of impediments in the process. How can high school athletes in depleted school districts remain optimistic when multi-billion dollar sports organizations are struggling to continue to play through this virus? Trust me, I want to be hopeful—we all do. But how can we have hope for high school sports when there’s already minimal hope in the highest-level leagues?

For their 2020 season, the MLB completed a shortened 60-game season with solely in-region games and an expanded playoff system. Players were given strict COVID-19 protocols and tested every other day. Yet still, Major League Baseball saw their season jeopardized early on, with one team outbreak after another piling up in the news. Even after making it through a hard-fought season against the virus, the MLB faced the music on their last day of the season, allowing an outbreak after a player tested positive in the middle of Game 7 of the World Series.

The NBA also attempted to shorten their season, clipping several games off the end of their season to set up for a complete playoff scheme. However, unlike other large sports leagues, the NBA decided to incorporate a bubble format. Even with what was seen as a successful end to their season, the NBA struggled with players breaking protocol and has chosen to ditch the bubble format for their upcoming 2020-2021 season. However, spending over $150 million dollars to keep athletes playing is out of the question for high school administrators, especially when even professionals struggled to follow the rules.

And then there’s the NFL. After learning from both the MLB and the NHL, America’s football league decided to go through with a full season consisting of a traditional schedule. However, this NFL season has been everything short of normal. With games having been played on atypical Tuesdays and Wednesdays, new players forced to sit out with COVID-19 cases or exposures each week, and teams struggling to field a full team, the NFL has proven just how hard it is to play through a pandemic.

Now, with almost every sports season in jeopardy and no professional sports league to use as a solid example, high school athletes and administrators are left scrambling for a solution. We’re left questioning if it is even possible? If the most affluent people with a sole devotion to sports have struggled to contain the virus, how can high school athletes, balancing school and other extracurriculars along with sports, expect any better?

This is frustrating for all of us; there’s no other way to look at it. In our most challenging times, we are often too quick to find someone to put the blame on. Sometimes, for our own mental sanity, we find someone to accuse of causing our troubles. Even for this article, I originally wanted to do a whole piece on blaming professional sports for their struggles. However, the fact of the matter is that we are currently living in a global pandemic that is making it near-impossible to continue playing sports. This is no-one’s fault besides COVID-19.

No one was prepared to play sports in the current world we live in, and no one said this was going to be easy. Right now, no matter what sport, we all have one thing in common: we want to play. Let’s not use that desperation to start placing blame. Just to reiterate, us not being on the field is no one’s fault but the virus. I know it’s hard to blame something that can’t physically be seen, but right now it’s the only thing we should be blaming. Athletes, keep your heads up. Administrators, keep your hopes high. High school sports are the epitome of our youths, molding some of the most prominent memories of our futures. At some point, we will be back on those fields. Just be sure you’re grateful and embrace the moment when it happens.

Leo Necheles is an Aleph from Great Midwest Region and plays a lot of competitive baseball.

The Top 5 Things to Do When Visiting Toronto

Visiting a big city can be overwhelming, so here are the top 5 things to do when visiting Toronto from a born and raised Torontonian.

Is NYC Truly a "Ghost Town?"

After spending a day in Manhattan, does the title of “Ghost Town” accurately portray NYC? 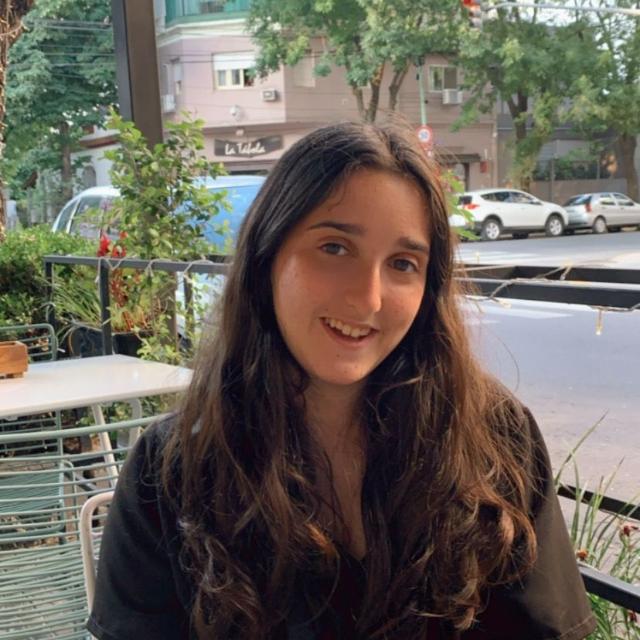 The shift on my viewing of concerts.