This week's Torah portion is Masei, in which Moses recounts the forty years that the Jewish people traveled throughout the desert. If you look at the text, “וַיִּסְע֖וּ““they journeyed” appears forty-one times, leaving only one of the forty-two journeys starting with “they camped” instead. Anyone who has seen the movie Cars knows that life is a highway, but for the Israelites this highway was much less paved. The Israelites had to find their own path and discover themselves along the way. It took them FORTY YEARS to get to Israel. Now that Lightning Mcqueen, is what we call perseverance. Notice there are no verses that start with “They rested in …” Or “They decided to turn around.” Not even a“Let’s take a snack break.” The Jews never needed a break because their faith in G-d along the way allowed them to persevere. In fact, it was the journey that restored the Jewish people’s confidence.

In order to understand the portion, we need to go back and look at the harsh years of slavery in Egypt. The Jewish people were ready to give up—their spirits had become impure. The journey was a necessity in restoring the faith that was lost in Egypt before they could enter the holy land. The land of Israel would not be what it is today without the strong faith in G-d that Israelis and Jews across the world feel. The journey heals, the journey restores, and the journey allows us to grow.

We journey all the time. From the BBYO website to Zoom or from your bedroom to the kitchen, we journey every day. You might be thinking Wow what is the significance of me marching down the stairs to my laundry room to wash some clothes. And you’re right, not all physical journeys are some crazy trip that will fundamentally change who you are, but our appreciation of the journey is what counts.

There is beauty in the struggle. The struggle is about proving you are worthy of what the destination possesses.Freedom comes with its responsibilities and the Jews proved themselves equal to the perseverance needed for forty years in the desert. Freedom was the destination, and the journey prepared them for this responsibility.

Just like the one in this Parsha, journeys might have many setbacks. The Jews weren’t just handed Israel, they had to march across the desert for forty years first. If anything, this tedious trip made the Jews more appreciative of the destination. One might say the gift of the voyage is the destination, but in reality, the true gift one receives comes from the journey itself. Overcoming struggles allows people to grow. Through observing experiences, people gain insight on life. Challenges take people out of their comfort zones, but, in the end, they produce a more enlightened person. All of these things are not only part of the expedition but also part of life and if there is one thing that should be learned from Masai it’s that life is a journey.

There is, in fact, a journey we are all on together. The Jewish voyage didn’t end when the Israelites arrived in Israel after 40 years. Sure, that was the destination of a specific trip but there is an even broader journey that we Jews have always faced. There is an eternal Jewish struggle that unites us all, and that is fighting anti-Semitism. Jews are constantly working to be treated equally and respectfully. Along the way we encounter hardships. These hardships are anti-Semitism.

In today’s world, we are reminded of the Jewish journey. Especially recently after reading of the Philadelphia Eagles wide receiver, DeSean Jackson’s anti-Semitic posts on social media. It is clear that even today there are many people who don’t understand what Jews go through. Desean Jackson was a just one minor example; in reality, there are many other anti-Semitic acts. To list some let us think back to the Tree of Life Synagogue shooting in Pittsburgh, the BDS movement, or the stabbings, the violent punches thrown at Jews, and anti-Semitic comments and slurs yelled at Jews all during the nights of Hanukkah this year in Brooklyn.

These are all examples of the bumps in the road that we encounter on our journey, but just like all hardships, they make us grow. In a weird way, we must appreciate all the battles we overcome. Just as the journey through the desert allowed the Jews to gain back faith in G-d essentially preparing them to arrive at their destination, Israel, the present-day journey is the same. The obstacles we overcome along the journey bring Jews together, ultimately preparing us for our destination: fair treatment. Without anti-Semitism, Jews would not be the same today. We would not stand united and we would not appreciate the feeling of being welcomed and included since we would never have had to live without that feeling. In Cars,Lightning Mcqueen has to beat, and this is true, FORTY TWO other cars to win his race. The exact same number of journeys the Jews traveled to get to Israel.McQueen doesn’t appreciate the 42 losers, however the Jews wrote down each one in the Torah. But Lightning Mcqueen did ultimately learn to speed past them(aka growing from your setbacks). So we guess we’re trying to say sometimes haters can make us stronger. We’re grateful for the journey which has shaped all Jews today.

Wide and Welcoming Circles: The Symbolism of Simchat Torah

A Landmark Year for Israel Advocacy in BBYO 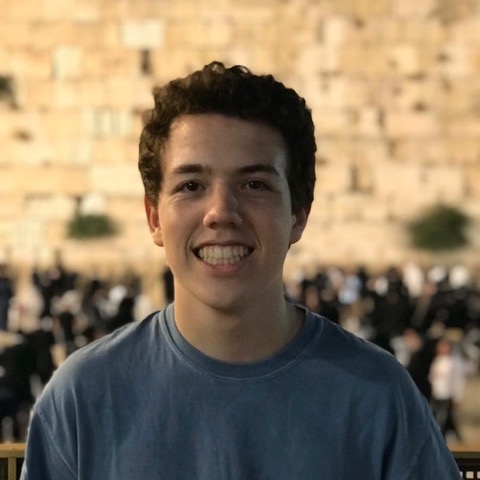 The 2019-2020 calendar year will go down as one of the best years BBYO has had when it comes to Israel Advocacy.