BBYO at its core is a fun, Jewish youth group. People join the order for a variety of individual reasons, but stay simply because of the fun and amazing experiences they get from the organization. Many, including myself, argue that the best experiences offered by BBYO are conventions. From meeting new people, chapter bonding, learning, and late nights getting to know new friends, everyone gets at least one amazing memory from conventions. It is only natural that people want others in their region to have that same experience. Promoting events is important, but is there a flaw in this system? Is there a better way we could promote conventions? And finally, could over-promotion actually hurt a convention’s attendance?

My home region, NTO (WHOOP), is comprised of 3 main cities. In NTO we promote events through a plethora of strategies. Often, we promote on Instagram and Snapchat stories, at chapter events, in our weekly emails, and through the convention steering team making calls. When we share content on regional social media it quickly spreads the event information and reminds members to sign up! This system works great! Promoting conventions at chapter events works well too. This method works well because it feels personal to younger members that older members want them at the convention. However, when we promote using calling parties it can become really difficult to build a personal connection.

Rather than reaching out to the people we are close with and spend time with, the regional steering/promotion team reaches out to people across the region. This system reminds me of robocalls you get from spam numbers saying, “your vehicle is no longer under insurance.” While regional promotion gets the word out, it often lacks the personal connection of talking to a friend. When I call friends, I check on how they're doing, how their football game went, and then transition into selling the convention to them. Regionally this is difficult because it is near impossible to have a personal connection to everyone in your region. When you match people up with friends on regional phone squads, they are more likely to attend events because of the personal connection of having a friend want you there. People naturally feel greater satisfaction and more joy with BBYO when contacted by someone they know because they feel cared for and truly wanted at events. This is something I think we need to continue developing.

When promoting a convention or experience, try to focus on connections and meaningful interactions over purely dialing numbers of the first person on the call list. Ultimately this results in greater enjoyment and retention of conventions.

Steven Mendelsohn is an Aleph from Louis D. Brandeis AZA of North Texas Oklahoma Region and loves long walks on the beach and cooking for friends. 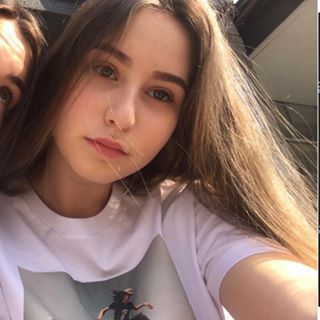 Learn more about communities in AJT! This is the Arayot teen club in Kharkiv, Ukraine.

How to Overcome Creative Block

Facing mental or creative blocks can be tough, but there are so many ways to get through them. Here are some things that help me!