We Can Hear Maura's Voice

A few weeks ago I had the opportunity to speak with Jeff and Margaret Binkley, the parents of Maura Binkley. Maura was my former nanny, but recently she fell victim to an act of gun violence. In this interview, Maura's parents open up about the legacy of their daughter, the foundation that they started in her memory, Maura’s Voice, and the fight for change they are making.

Q: Tell me about your daughter Maura.

Margaret Binkley: Maura was a very special lady, she never got angry, and she was just always very evented. Right before she died, she was the standards chair for her sorority and they had 300 girls that tried out, and a lot of freshman would get in trouble for various reasons and her job was to listen to them, so she was just excellent at that because she would really listen and wasn’t judgemental. She didn’t get angry at the girls and really wanted to help people. She loved life, loved to travel, and really wanted to go back to Germany (which she did the summer before she died). Money was not important to her, relationships were important to her, and she wanted to help people.

‍Jeff Binkley: She had a great sense of humor, always smiling, laughing, and she would listen, learn, and lead. She grew up listening to NPR, so she had an interest in the news, history, and international relations. Ultimately, teaching was not her ultimate goal, she liked to bring people together and aspired to be a diplomat, go back to grad school, and be involved in international relations. Being a diplomat works to bring people together and overcome the rich divides. That’s Maura.

Q: What made her choose Florida State?

Margaret Binkley: She did get an academic scholarship, but, even before that, all of her friends at Dunwoody High School were getting into UGA (University of Georgia), and she didn’t even finish her application process.”

Jeff Binkley: She was a fourth generation legacy student.

Q: Did Maura have any history with activism about gun control?

Jeff Binkley: I would say no formal activism. But, when Parkland happened, she was at the capitol with the kids from Parkland–

Margaret Binkley: The students from Parkland came in at 5am on buses and she was there to meet them because they would have to rally at the state capitol. She started texting–

Jeff Binkley: She took an interest at that time and talked about what could be done. We later met some the parents (this was at another time that I was down there) at a hotel. She and her friends talked about it at length, they were like, what can we do?, maybe we can show our support, maybe we can be there. After Parkland, even though she grew up in the era of these things, of course was affected. She was only 3 years old when Columbine happened, but there were so many after that and it was a bit of basic activism. I think Parkland hit home for a lot of people.

Margaret Binkley: Later, when she was a rush counselor at FSU, she called me and said “Mom! I’m at the Tallahassee Police Department!” I said “Why are you at the Tallahassee Police Department?” She said “Well, because of being a rush counselor, we have to have active shooter training.” She was really into that and so she really knew what to do. But unfortunately, the way she died, the guy just came in and shot her from behind. She never had a chance to use her active shooter training. She was brave and courageous, and she was ready and trained to deal with that.

Jeff Binkley: I think the point of that is that she saw how pervasive these threats were anywhere and everywhere.

Q: Were you ever scared for her safety at Florida State?

Margaret Binkley: A little bit because the semester before she actually went in the fall, she had been accepted and decided to go in that spring. There was also an active shooter incident at Strozier Library.

Jeff Binkley: But he was intercepted. I would say no more than any place else, when you worry your kids, I would say I would worry about them on the road driving, that’s the most dangerous thing–

Margaret Binkley: Or, when she was in Germany–

Jeff Binkley: Germany is a pretty safe place, but obviously traveling, not in that sense.

Margaret Binkley: When you go to yoga on a Friday night, we weren’t too concerned about that.

Q: Had you ever been an advocate for something you were passionate about before this tragedy?

Both: Not to this degree.

Jeff Binkley: Immediately. The very day we went to Tallahassee. We just knew that.

Margaret Binkley: Because Maura has no voice, and so we had to carry on.

Jeff Binkley: She has one, and we wanted to continue what she started, and so it was immediate that we knew what it would be called.

Margaret Binkley: We had connections, including FSU President John Thrasher, and Dr. James Clark, Dean and Professor at the FSU College of Social Work. Dr. Clark and Jeff are both University of Kentucky alumni, so we had an immediate connection, and we started discussing how through the College of Social Work, how we can actually address some of these problems.

Jeff Binkley: Maura’s Voice is an organization focused on the intersection of violence and hate in our society. The overall statement that we see is “Only love can conquer hate.” More specifically, we have an approach that’s “Ideas Before Ideology.” “Research Before Rhetoric.” and “Policy Before Politics.” We believe that’s the approach to addressing these issues in such a polarized society and polarized world. Our areas that we focus on are research, engagement, and education. We think research is at the very base of it, understanding more about the elements that create such violence. What are the strategies and policies and best practices to address this. And, educating policymakers, and educating the public about these issues so they can then be engaged and encourage that engagement and be actively involved making the decisions. Also, voting for policymakers who will work to bring about change. So really, it’s about cultural change.

Q: What message would you want to send to teens about advocating for what they believe in?

Jeff Binkley: Well first of all, let’s start with this, even if you’re not voting yet, it’s your world now, and you will be soon, and you’ll be the largest demographic group at some point. If you include the next group up, join anything you’re a part of so you have the opportunity to (1) Register, (2) Become informed, and (3) Vote. But beyond that, look for organizations, look for like-minded friends, look for forums and venues to talk about things and just really, it’s all out there. To begin getting involved, it’s just a matter of making that a priority and realizing that we’re all brothers and sisters, rioting to keep your brothers and sisters safe, that what greater manifestation law could there be and seek those opportunities. You also have confidence that you can. You’ve seen it with the kids from Parkland and other groups. You can really have a difference. You don’t have to wait until you can be elected to the legislature or congress or something. But, a lot of you will at some point.

Margaret Binkley: And, Maura was able to see that in Florida because when the Parkland kids came up, within a month, they had changed the laws, where you couldn’t be 18 to buy a gun, you had to be 21+. And so, that was a direct result from the Parkland shooting.

Jeff Binkley: Regardless of any specific “this law, that law,” it’s a process they haven’t stopped. There are all sorts of measures. You know, they are not all going to pass immediately or even in that form but it really is the everyday, every week, every month, every year. Continue things until there’s a tipping point. It’s a sign, and that’s where cultural change continues, and you can see that. You can look back at the civil rights movement, gay rights movement, anything like that, you can look at how attitudes were at one point in time and then 5 years later, completely different. And, certainly in neither of those areas is it perfect, it’s far from, there’s much more to be done. But, compare that to the past, those people got involved, and kept it up, and kept it up. This whole thing has changed, and then they change more after it.

Margaret Binkley: And, I think in our district alone, you can see that in November 2018, we had a lot of change. We got Lucy McBath elected to the house, Sally Harrell elected to the legislature, and lots of new people elected to office advocating for issues that need to be addressed.

‍Jeff Binkley: Before then, we did not have hardly addressing these issues. So, that happened like that.

A huge thank you to Jeff and Margaret Binkley for their time. I very much appreciate the work that you are doing. I am so thankful to have had Maura in my life, and I am using her voice to create a lasting impact on how we as future leaders can create change. You can learn more about Maura’s Voice here.

Building an international BBYO region is one of the most stressful albeit, rewarding experiences. 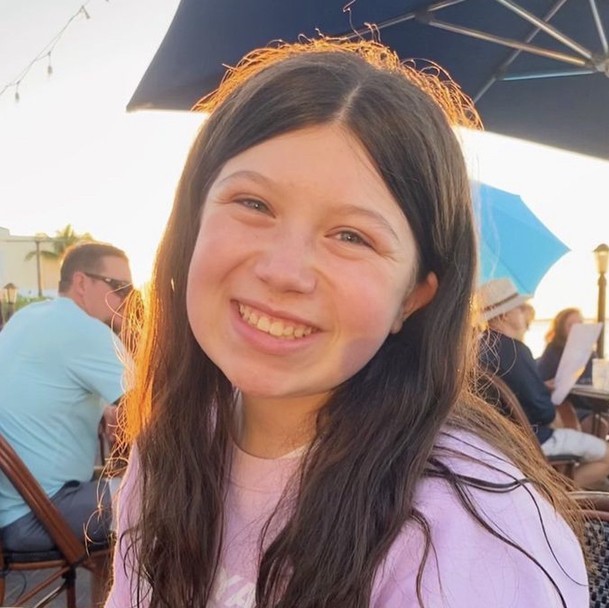 Read all about Baltimore and DC-area sightseeing at IC and our delegates' experience!

Why My Year?: The Thoughts of a High School Senior During Corona

The Class of 2020 had to end their time as a high schooler in a way we never would have imagined.