The Men Who Made Marlcrest: Elijah Borenstein 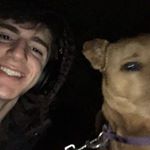 THE MEN WHO MADE MARLCREST

Marlcrest AZA, my heart and home. How can I even begin to describe it? It feels like my chapter has been brothers for a lifetime, through the good and bad, even for the short 3 and a half years my class of brothers have been in the chapter. Marlcrest has changed a lot in those 3 and a half years.

Marlcrest AZA is home to the blue and white Muchachos. We were rechartered for the second time in 2008 by Evan Herron and Jesse Schor. For many of us 11th grade members, BBYO and Marlcrest is the central component of our social life. At school we eat lunch with our chapter friends. We go to school dances with our chapter friends, and we celebrate holidays and birthdays together, too. We are a tight knit group, and though some are hesitant to use the term “brother,” the 11th grade class of Marlcrest men are a true example of a strong group of brothers. Though we all are different, have varying levels of involvement, and some of us are drastically different from who we were when we joined, we’ve all grown together.

Over the course of the last 3 programming-terms, candidates for our executive board ran on platforms vowing to bring back “the good old days”. This made me think about what that really meant– looking at the brotherhood we have today, I need to ask: How did we get here? Why did we get here? To answer the questions of how and why, we must look to the who.

Marlcrest AZA is proudly known as an inclusive and welcoming brotherhood. It is with frequency that you’ll see guys coming together in Marlcrest that wouldn’t have been friends otherwise. Who recruited this central class of 2020? It wasn’t just our Moreh. It was ten Marlcrest men. Who retained our class? Not one or two members, but ten. Who educated us? Not one or two members, but ten. The ten men of Marlcrest’s 2018 graduating class were the champions of a chapter that had historically struggled to compare statistically to the region’s leading two AZA chapters. Marlcrest lacked in numbers and qualitative development, but made up for it in passion, leadership, and dedication when ten young men rose to the occasion for our brotherhood.

So who were these ten men that made me and my graduating class of closest friends who we are today? Who built this brotherhood and set our standards higher than before? Simply put, I cannot answer this question in a few words. Over a series of articles, I plan to spread the word and honor my brothers for their profound impact on their fellow Alephs. To best capture a closer look at our brotherhood, I offer a take on the men who made Marlcrest.

PART ONE: THE BOY WHO WAS BORN BLUE

Though there is no particular order that I will talk about these men, but it seems only logical to start with the one who was “born into Marlcrest.” Elijah Borenstein is the child of two BBYO alumni– his father (Jordan “Jawdy” Borenstein) is an alumna of Marlcrest, was an advisor in the ‘90s and is now Marlcrest’s current advisor. Elijah was the first of his grade to join the chapter. Quickly developing a strong bond to the chapter, Elijah described his early years in the chapter as “[lacking] strong leadership but [they] still managed to have fun” making it easy to recruit his friends, who also quickly took to loving the chapter. In his earlier years, Elijah felt like he really got a lot out of the chapter. When I asked him how Marlcrest impacted his life, Elijah responded that “Marlcrest has taught me to always be myself. The chapter broke me out of my shell and really helped me come into my own and that’s something that still affects me to this day.” This a lesson that would play a strong role in defining himself and aiding in the recruitment and retention of future grades.

Elijah ran for board for the first time during his freshman year and was elected to serve as Marlcrest’s 10th Aleph Sopher. Over time, he would hold the positions as Mazkir and Shotare Godol, and his close collaboration with younger Alephs in those positions helped him to forge a strong bond with them.

I had seen Elijah around town, but I really got to know him at Marlcrest’s Brotherhood overnight event. Elijah is my big and was fearlessly himself. Elijah is a fiery, boisterous guy who shamelessly shaved an “M” into the back of his head and painted his hair blue for Marlcrest at our spirit convention. Other members recount his passion as member Ben Adler said that he “showed me what it truly means to have passion and love” as he “consistently showed his love and energy”. If Elijah is one thing, it’s consistent. He was born a die-hard Philly fan and remains a die-hard Philly fan. He was born a rap fan and remains a rap fan. He was born a Muchacho and even as a alum, remains a Muchacho.

“My later half in Marlcrest wasn’t the same. I had a lot of upsetting elections, one after the other. I wanted to give back so bad but I was never given the opportunity to do so and I became very frustrated with how the chapter was being ran because I knew I could make a difference. There was also some drama that drove key members away, which made me very upset and frustrated with Marlcrest for a very long time. It wasn’t until the second half of my last year in BBYO that Marlcrest started to feel like the old days again. I didn’t have to worry about running for anything again or getting qualifications. I could just have fun again and it was my favorite time in Marlcrest.”

This distress wasn’t unique to Elijah, but Elijah did something unique with it. Elijah felt for the chapter, and he did not hide what he felt. Elijah had no problem doing whatever he could for what he cared for, the brotherhood.

Drama struck Marlcrest hard from mid-2016 to mid-2017. Members switched out of the chapter, our advisor relationship was strained, and our board was having a hard time due to external issues. Elijah lost elections multiple times. It was a painful time for everyone when he lost elections. Elijah took it to heart, being so in love with the chapter, but it never discouraged him. He ran and ran, term after term, because he “wanted the chapter to be better than it was when [he] joined”, and went on to explain how the chapter lacked solid leadership during his first two years but he wanted to turn that around. And even with each loss, members valued his run.

On top of all of that, some members of the class of 2018 struggled emotionally with all the drama that comes with high school, but when Elijah took his breathers after dealing with the heart-breaks, the losses and failures, and struggles with friendship, he took them with Marlcrest. As Junior Jacob Yankowitz recalled, Elijah “was a truly dedicated Aleph that taught me how to care for others. He left himself be vulnerable… Without him I don’t see myself being nearly as caring or understanding as I am today.”

I asked Elijah about his legacy, specifically, what he wanted it to be and what he meant it to be. He said, “I just wanted to be someone’s inspiration, to do well in not just Marlcrest, but in BBYO as a whole. A lot of people were that for me and I wanted to be that for someone else in the chapter… [And] I’m not sure [about the impact I actually had], I never really thought about it. I’d hope that I made the chapter more welcoming and that the members that were around me carry on what myself and the other seniors I graduated with started”.

I can say with confidence and with reassurance from my fellow Muchachos Elijah, you succeeded.

Nadav is an Aleph from South Jersey Region and is usually hungry. 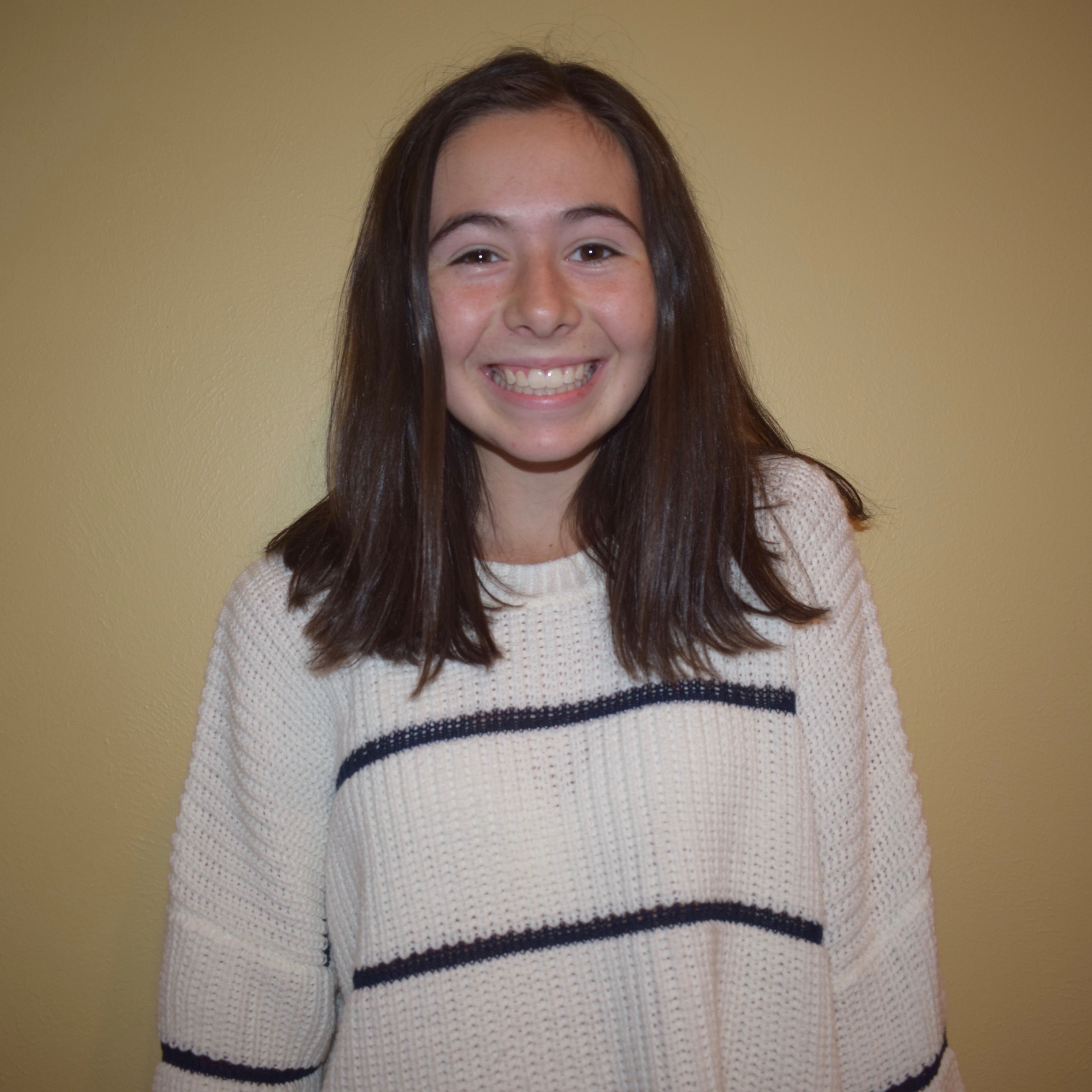 This past IC lineup was filled with a wide variety of inspiring speakers, each with their own message and motivation for us to foster change in our home communities.

Read about my experience of my first time coaching my region’s new Fall Convention, the first convention of the school year.