In this week’s Parsha, Parshat Vayetze, Jacob leaves his home in Beersheba and flees to Charan, the hometown of his uncle. On his way, he has a dream where G-d promises him the land which he is on and promises to protect him from evil along his journey. However, Jacob is more than just a dreamer, traveler, or father; he is the leader of the Jewish people (people of Israel) and referred to with the name “Israel” and we are his people. In addition, his struggles are repeatedly highlighted, as he wrestles with an unarmed stranger and has a terrible relationship with his brother. However, he persists as he deals with tough situations and encounters with G-d at the hardest points in his life, such as in the middle of a tough journey to Charan.

Not only does this parsha go into depth about Jacob’s journey, but it also shines a light on people whose voice is often forgotten throughout history, women. When Jacob arrives in Charan, he falls in love with Rachel and wants to marry her. However, to marry her, Lavan requires him to first work for seven years to win her hand.

Just like Jacob, we too, must find a way to practice Judaism and be proud of our identities in a world that is increasingly becoming less than tolerant, and in fact often calls to harm us. According to the ADL, attacks against Jewish institutions, including Jewish community centers and synagogues, were up by 61 percent last year and in the past couple of months antisemitic tweets made by celebrities have gone viral. We are facing an epidemic of antisemitism and must respond. However, while antisemitism advocacy is crucial to addressing these devastating attacks, it is important to remember who we are, as the people of Israel, Jacob.

Just like Jacob, we must persevere along in our journey through hardship, and be active in our Jewish communities while fighting antisemitism with Jewish joy. We must go to our next convention, with the attitude of having fun and bonding during Shabbat. We participate in all of the Onegs, spirit competitions, and more as a way to fight antisemitism and the people that do not want us to have a fun time. I encourage you to take the risk, run for the next election, and truly use your time in BBYO to its fullest potential as a way to have fun and fight antisemitism. 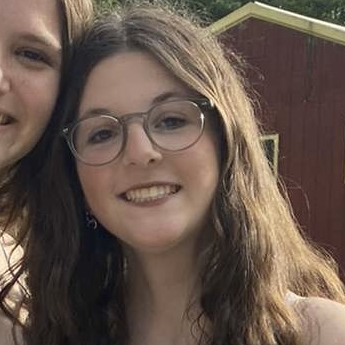 Learn a little about this newly released movie and my opinion of the anti-semitic scenes within it.

Why I Love Thanksgiving

While it may just mean yummy food and days off for some, to me, the holiday of Thanksgiving means so much more.