Two years seems like it would be enough time to heal, and for some it has been. But for some, these wounds will never heal.

Two years ago today, eleven beautiful souls lost their lives in the tragic shooting at the Tree of Life Synagogue in Squirrel Hill. This was an act of pure hatred and Anti-Semitism, the deadliest act in American history.

The events of October 27, 2018 left a permanent scar on the Jewish community, but it is also a reminder of our strength and all of the hardship we as a people have had to overcome.

I remember that day so vividly. I felt completely numb as I followed the news all day. There was nothing I could do. Nothing but write. That night and the next day, I poured my heart into what became my first official publication for my school’s newspaper, the NAEye.

Despite all the pain and suffering of this fateful day, this was the moment that propelled me to become the journalist and activist that I am today. That original piece of writing came with me everywhere. I read it aloud at CLTC 7 in Wisconsin last year in front of over seventy Jewish teens from around the US and Europe. My community was helpless, so I tried my best to give a voice to the voiceless. However, I later realized that I was not the only one to undergo a transformation due to this attack. Many of my friends also began to speak up about issues they care about. Some have even rekindled their ties to their Judaism.

For example, I know quite a few Jewish Pittsburgh teens who were not very involved in any of the countless youth programs across Pittsburgh, but became more active after attending the first interfaith Havdalah service; a spiritual ceremony to signify the end of Shabbat and to begin a new week. Additionally, my mother’s 58-year-old friend is having a bat mitzvah over Zoom next month. She never had one at the typical age, twelve or thirteen years of age for girls, but she said she was motivated to have one after the attack. Her friend wanted to reclaim her Judaism because the world was trying to take it away.

Anti-Semitism is not new. In fact, it is one of the oldest forms of hatred in the world. It can range from the crude comments about stereotypes thrown at Jews in the hallways, to acts of pure violence out of hatred. On October 27th two years ago, one man had so much hatred in his heart that he took the lives of eleven people just because they were Jewish.

“Eleven is not a big number.” These are the types of things I heard last year. A year had passed, so people were more comfortable and reverting back to their insensitive ways. You’re sympathetic when it happens, but you don’t care now.

Well, let me tell you something, coming from a Jewish individual living in Pittsburgh, eleven is a huge number. In fact, one is a huge number. Any number is a huge number when it comes to your community. We lost eleven members of the Pittsburgh Jewish community. Pittsburgh is a large city with a small town feel, and its Jewish community is one of the most tight-knit I’ve ever come across. If you didn’t know a victim of the shooting, you probably knew someone who did. They were all real people with real lives, families, hopes, and dreams. All they wanted to do that day was pray in the safest place they knew, yet even that wasn’t safe enough. They are more than just a number.

Even though I was miles away from the shooting, I felt scared of my own identity that day. Never in my life have I felt afraid to be a Jew, but not every Jew can say the same thing. Friends of mine from Europe have told me they can’t go out in public wearing a magen david, a star of David necklace, because their communities are full of Anti-Semites. I am fortunate enough to live in an area where I feel safe to express my Jewish identity, and the reason I fight so hard against Antisemitism is because there are millions of Jews around the world who do not feel the same. Never again will I be afraid to express my Jewish identity because I have to help protect it for the Jews that live in fear.

This generation has become incredibly socially, politically, and globally aware; in some ways, we are mirroring the Civil Rights Movement activists in the 1960s. Ever since the uproar of Black Lives Matter protests earlier in the summer, it seems as though everyone on social media has come out of the shadows in one way or another. Any global issue you could possibly think of was being talked about on social media, anti-Semitism being one of them. I am proud to be a part of Gen Z because we are going to be the generation of change.

I myself have become more globally involved. I have connected with so many international Jews over the past two years, and when I tell them I’m from Pittsburgh, they know what that means. News travels so fast because of the internet. The attack almost immediately reverberated throughout the bodies of the Jewish population across the whole world. It only took a few hours for our friends in Israel to hear the news. That evening they even projected a message on the Western Wall, one of the holiest sites in all of Israel, saying, “We are with you, Pittsburgh!”

One of the greatest Harry Potter quotes said by Professor Dumbledore can be applied to this situation, “Happiness can be found even in the darkest of times, if one only remembers to turn on the light.” Pittsburgh is an incredibly resilient city. After all, you can’t break a city of steel. Our community came together at a dark point and fought to keep the light alive. Two years have passed, and it still hurts. It still hurts a lot, but I now have hope for the future.

Jews only make up a small percentage of the world, but that doesn’t mean you don’t have to fight for us because “anti-Semitism only affects one group of people.” I fight against anti-Semitism because being Jewish is my whole world. I will never stop fighting it just because we’re not that populous. The reason we are still here is because we are strong and resilient, and we would never back down. Include Jews in your activism. You’re allowed to fight for other causes too. In fact you should, but don’t leave us out.

We cannot let it happen again. It’s so incredibly important to remember this event. We unfortunately cannot go back, but the next best thing is to go forward. So let’s go forward and make this world a better place. Honor their memory.

This piece is dedicated to Mel Wax, Rose Mallinger, Jerry Rabinowitz, Cecil and David Rosenthal, Dan Stein, Richard Gottfried, Joyce Feinberg, Bernice and Sylvan Simon, and Irving Younger. Always and forever. You will never be forgotten. I will never stop writing and fighting for you. You will never be treated as a statistic to me.

The Key to Making J-Serve a Success 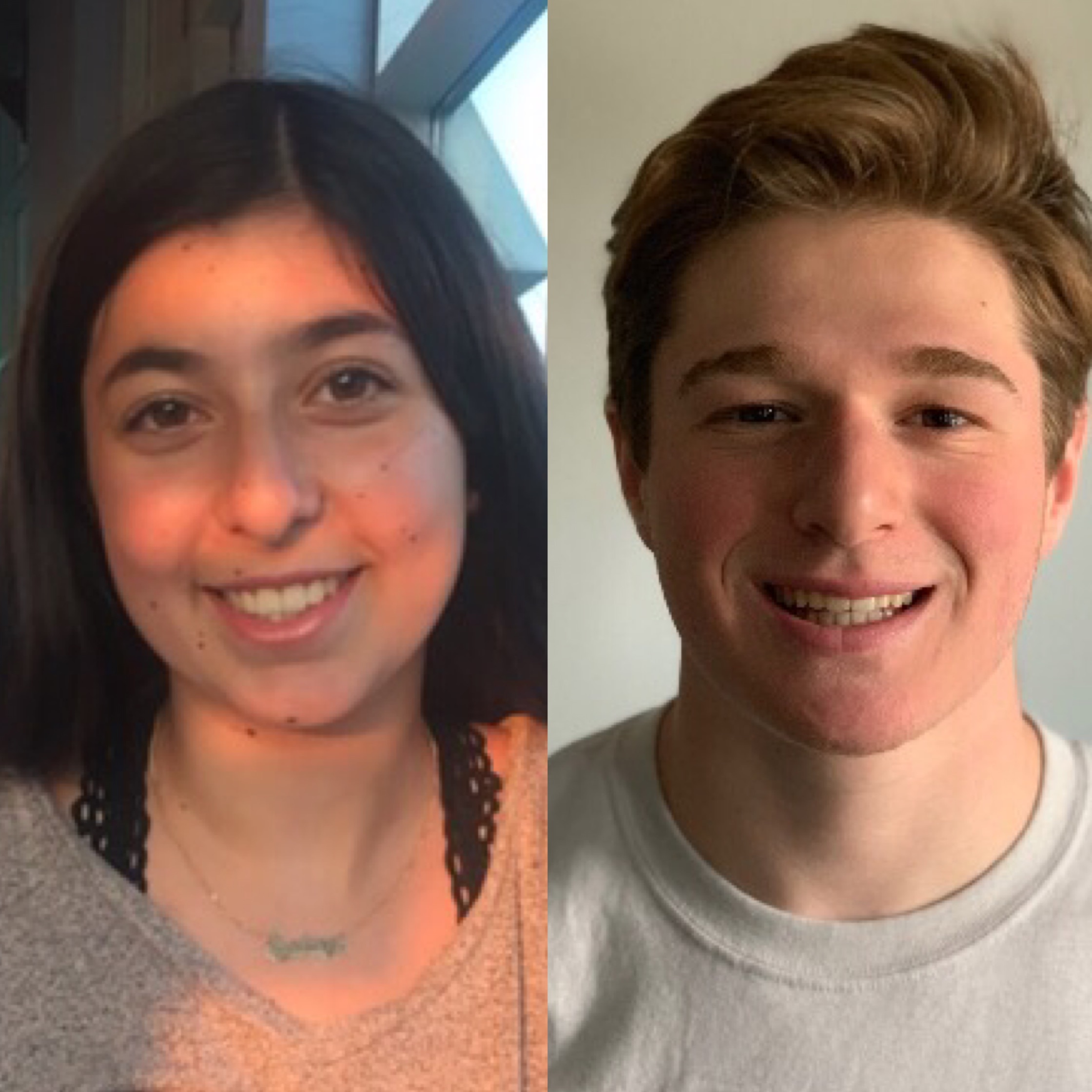 Looking to get more out of your #JServe2019? Learn how to increase your membership, widen the variety of service projects, and positively impact your community. 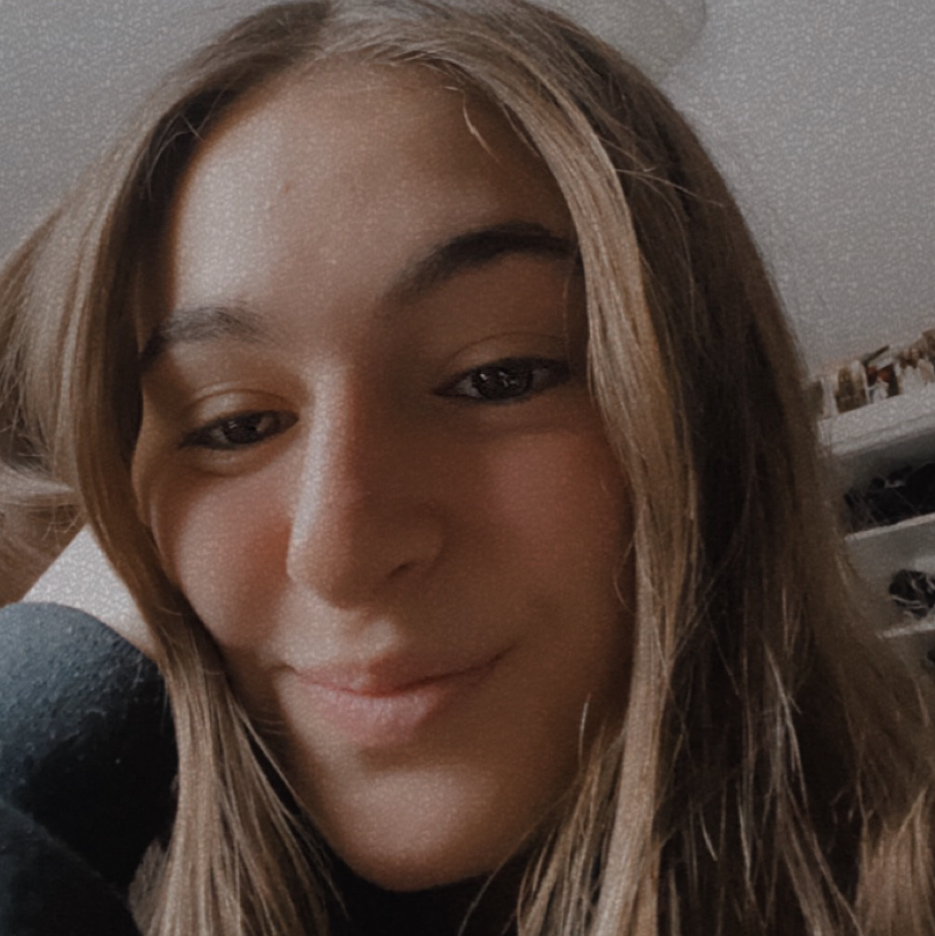 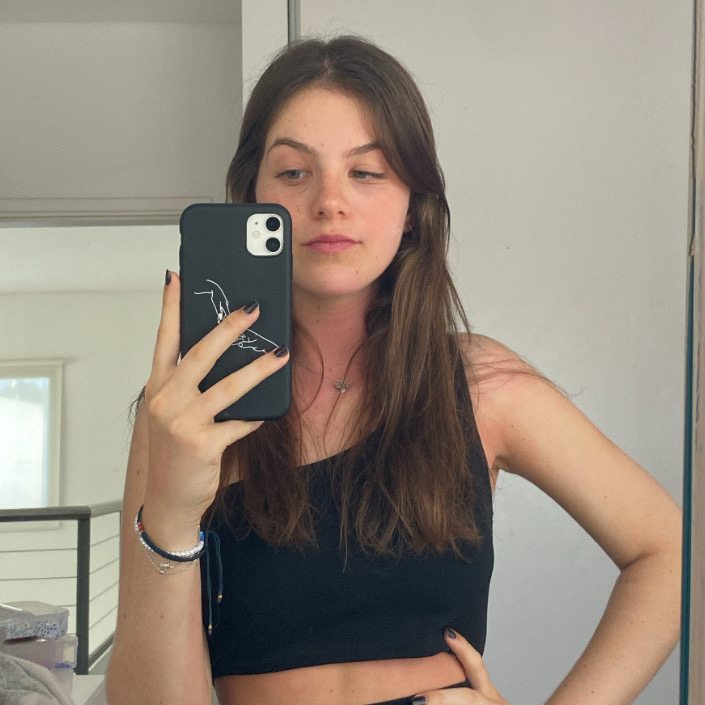 They say we all have seven people in the world who are exactly the same as us. How would you feel if you were already born with one of them? Well, that’s something I can tell you...