Must Watch Chick Flicks of the 2000s

A few weeks ago I sat with my 26-year-old cousin to watch a movie. We started scrolling through Netflix to find something to watch and we came across What A Girl Wants, and she was slightly taken aback that I hadn’t seen it before. But due to the fact that the movie came out in 2003, the year I was born, it made sense why I hadn’t seen it. She started asking me about a bunch of other movies from her childhood and teenage years, and not to my surprise, I hadn’t seen most of them. So we compiled a list of the best Chick Flicks from the 2000s. Since I hadn’t seen about two-thirds of the movies I decided to take it upon myself to watch them, so I could tell you which are worth watching. The list below compiles my 21 favorites from the original list I made with my cousin.

For each movie, I have included a brief description and where you can watch it. The list is in no particular order

This movie is funny, sassy, and has some competition. Torrance is newly elected captain of her high school’s cheer team, but the Toro’s road to victory takes a shady turn when she discovers their routines are being stolen by the Clovers. Watch it for free with Amazon Prime.

This movie is everything. It has self-discovery, romance, and a princess. Mia Thermopolis is thrown for a loop when she finds out she is a real-life princess. As the heir to the Genovian crown, Mia begins a commercial journey when her grandmother decides to give her princess lessons. Watch it for free on Disney+.‍

This movie is a classic. The one on this list is the 2003 remake but there is also the original version from 1976. This movie is about a single mother and her daughter who couldn’t be more different. After getting a strange fortune from a Chinese restaurant, the two wake up the next day having switched bodies. Unable to switch back, the masquerade as each other and in the meantime gaining newfound respect for the other. Watch it for free on Disney+.

This movie is Iconic, Revolutionary, a Comedic masterpiece, and everything you could want in a Chick Flick in and more. Cady has been homeschooled her whole life in Africa by her scientist parents. When her family moves to the suburbs of Chicago, Cady finally gets to experience public school. She quickly learns the cruel, tactical laws that divide the students into different cliques. After coming into the good graces of the most popular girls in school, “the plastics,” she quickly learns exactly why her shallow group of friends got their nickname. Rent it on Amazon for $2.99.

This movie is special to me because it’s also my chapter movie. It’s a heartwarming story of friendship and realistically portrays the lives of teenage girls. After many summers together four best friends go their separate ways. No matter where they are, they are connected by a pair of jeans that they take turns sharing pants that fit all four girls exemplifying their tight bond. Watch with HBO Max.

This movie is one of my favorites of all time. Elle Woods wants nothing more than to marry Warner Huntington III, but there’s one thing stopping him from proposing: she’s too blonde. Set on winning him back, Elle gathers her resources and gets into Harvard Law School.  It has many awesome girl power moments, and Elle reminds us that the way we look does not determine our self-worth and intelligence. Rent it on Amazon for $2.99.

This movie can be an eye-opener for some about the fashion industry. Andy, a recent college grad, wants to be a journalist but ends up as the assistant to the editor of a prestigious Runway magazine. The movie follows her fight for love, career, opportunity costs, and the hard/ruthless decisions you need to make to climb and stay there. Rent it on Amazon for $3.99.

This movie is a must-see. 13-year-old Jenna wants a boyfriend and when she is unable to get one she wishes to be an adult. When her wish comes true and she transforms into a 30-year-old, she realizes adulthood is a lot harder than it seems. Watch with HBO Max.

This is one of my favorite movies on this list. It’s funny, heartwarming, and I love that the focus of the movie is not on the romantic relationship but on the relationship the main character has with her father. Daphne boards a plane to London to look for her father only to discover that he’s Lord Henry Dashwood, a member of the British upper-class who’s running for political office. He doesn’t know she exists but once finding out, he welcomes her into his home, but she’s not so sure she fits in with his family. Watch on Netflix.

This movie is lighthearted, funny, and will definitely give you a laugh. Playboy Bunny Shelly Darlingson has lived a life of Luxury at Hugh Hefner’s mansion. But when she turns 27 she is deemed too old to be a Bunny. Kicked out into the real world, she stumbles across a college campus and becomes a House mom for a group of geeky, awkward girls. Rent on amazon for $2.99.

I absolutely adored this movie, it’s sweet, I didn’t find it predictable, and it’s very realistic. Will Hayes is in the middle of divorce proceedings when his young daughter asks how he met and fell in love with her mom. Will has flashbacks to 1992 and recounts his romance with three women changing their names so his daughter has to guess which one is her mom. Watch on Netflix.

This is super funny and different from some of the other more traditional movies. You will definitely have some good laughs and feel some of the heartfelt moments too. Peter Bretter is a struggling musician who gets dumped by his TV star girlfriend, Sarah Marshall. Feeling very down in the dumps he decided to make last-minute plans to go by himself to Hawaii. However, Sarah and her new boyfriend happen to be at the same hotel. Watch on Hulu.

AHHH Matthew McConaughey and Kate Hudson are fabulous in this movie. Their chemistry is so good, and it’s super fun and loving. An Advice Columnist, Andie Anderson, tries to push the boundaries of what she can write about with her new piece about how to get a man to leave you in 10 days. However, the man she picks for her little experiment, Ben Berry, is so confident he can make a woman fall in love with him in 10 days to secure a business deal. And once they meet it isn’t long before their plans backfire. Rent on amazon for $2.99.

Another heartwarming Matthew McConaughey movie with Jennifer Lopez. This movie is fun and light. While celebrating her news and most lucrative account, the wedding of an internet personnel, wedding planner, Mary, is rescued from a near-fatal collision with a runaway dumpster by a pediatrician, Steve Edison. After spending an enchanting evening together she finally starts to believe in love again. What she doesn’t know is that cupid and her career are about to collide, head-on. Watch on Netflix.

Sweet, fierce, and hilarious indie comedy with an incredible cast. This movie is really good and definitely different from your average teen chick flick. It feels very real and relatable. When teen, Juno MacGuff becomes pregnant, she chooses a failed rock star and his wife to adopt her unborn child. Complications occur when Mark, the prospective father, starts viewing Juno as more than just the mother of his future child. Putting both his marriage and adoption in jeopardy. Rent on Amazon for $3.99.

This movie is very funny and you will definitely get a good laugh from Adam Sandler. Playboy vet Henry sets his heart on Lucy, but she has short term memory loss; she can’t remember anything that happened the day before. So every day Henry has to woo her again. Her friends and family are very protective so Henry has to convince them he’s in love with her. Rent on Amazon for $2.99.

Perfect if you're in the mood for a lighthearted, silly romance with a little deception but a happy ending. Marisa Ventura is a mother from NYC who works as a maid in a first-class Manhattan hotel. Under a mistaken identity, she meets Christopher Marshall, heir to a political dynasty, who believes she is a guest at the hotel. They have a magical night of romance but when Marisa’s true identity is revealed, the two find that they are worlds apart. Watch with HBO Max.

You can never go wrong with Mr. Zach Efron. Mike was a high-school basketball star with a bright future, but he threw it all away to marry his girlfriend and raise their child. 20 years later, Mike’s marriage has failed and his kids think he’s a loser. When he miraculously transforms into a teenager, he gets the chance to correct his past mistakes and change his life, but in trying to fix his past he might be jeopardizing his present and future. Rent on Amazon for $3.99.

This movie will definitely get you in the holiday spirit. Two women, one from America and one from Britain, swap homes at Christmas time after bad breakups with their boyfriends. Each woman finds romance with a local man but realizes that their imminent return home may end their relationship. Rent on Amazon for $2.99.

This movie will definitely put a smile on your face and give you a good laugh. Discovering she has a terminal illness, introverted saleswoman Georgia Bryd reflects on what she realizes is an overly cautious life. So she withdraws her life savings and jets off to Europe to live like a millionaire. She charms everyone including a renowned Chef. The only one missing from her new life is her longtime crush Sean Matthews. Watch on Amazon.

This movie is funny, lovable, and has some awesome girl power. When Viola Johnson’s soccer team gets cut from her school, she makes a plan to pose as her twin brother Sebastian at his boarding school. However, complications occur when she begins to fall for her handsome roommate Duke, who loves Olivia, who has fallen for Sebastian! As if that weren’t enough, Viola’s twin returns from London ahead of schedule but has no idea that his sister has already taken his place on campus. Watch with HBO Max.

Elena Rubens Goldfarb is a BBG from Yachad BBG #159 in Northern Region East: DC Council #54 and her favorite food is potatoes.

When feeling lonely and isolated, the Torah can give us strength and guidance. 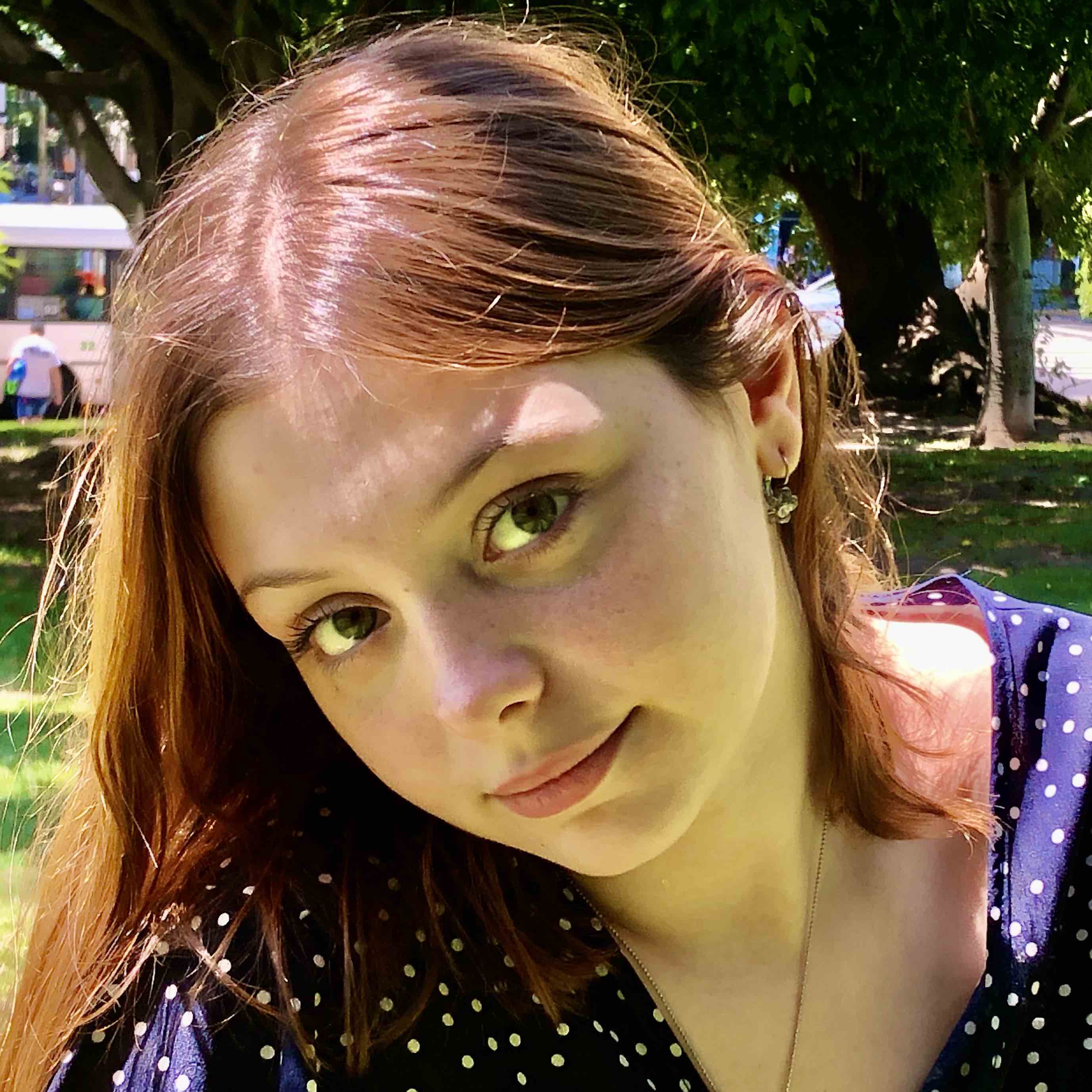 It's important to know and understand the history and meaning of messages that you are wearing.

An inside scoop on the Spirituality and Mindfulness Summit.