Broadway is Back, and Better Than Ever

One thing that almost anyone who knows me can tell you is that I am absolutely obsessed with Broadway, and all things related to it. A self-proclaimed Broadway Geek, I tend to average about 1 or 2 shows a month, or at least, I did before the pandemic. This, of course, was a very expensive hobby, but taking into account the discounts, lotteries, and holiday gifts, and me working overtime, I somehow made it work.

However, with the current state of the world, all public theatre was shut down for a good period, and I and all others enthralled with this form of art began to feel some sort of performance withdrawals. Thus, when shows began to have their reopening at the beginning of this season, I jumped at the opportunity to purchase tickets and ended up securing them for Jagged Little Pill. For those who may not be familiar, Jagged Little Pill is a jukebox musical (one that includes songs previously written by a single group or artist, often in one album) based on Alanis Morrissette’s 2015 album of the same name. It follows a Connecticut upper-middle-class family, the Healys, during a tumultuous year in their lives, and deals with serious topics ranging from drug addiction to sexual assault.

On October 29, my friend and I drove into Manhattan (side note: the driving there is so terrifying, would not recommend for a 17-year-old like myself), in order to get to the 8:00 PM showtime. As we walked through Times Square, I was fully shaking from excitement; there I was, about to see my first Broadway show in 1 year, 7 months, and 23 days (yes, I did the math). We joined the line to check-in, which stretched past the neighboring theater and down the street. To enter the theater, every ticket holder needed to show proof of vaccination, and they were meticulous about checking. We scanned in and immediately headed down the stairs to go to the bathroom and buy a drink. While in line for the bathroom, a total of five different people complimented me on my outfit, which consisted of a new pair of really adventurous pants. I opt to include this in the story because I love my pants and I want more people to acknowledge them. Once we purchased everything – a bottle of water and an empty Jagged Little Pill cup to add to my collection ­­– we went to our seats: the cheapest partial views we could find in the orchestra.

The bell rang and the curtain opened, and immediately, I began to cry tears of happiness. As one could imagine, the first act was absolutely astounding. I had forgotten how connected the audience feels to the characters and the plotline when you see an actor in that state of vulnerability. The sound of the ensemble’s harmonies and the methodically choreographed movement encapsulated me, completely engulfing my attention. I am the type of person who attempts to take in every aspect of performance, not only the acting and script, but the set, the lighting, and the behind-the-scenes effort, so I truly tried to soak up every detail. Once intermission rolled along, I found myself grinning from ear to ear at the hustle and bustle of the crowd: the sound of discussion, flipping the pages of the playbill, and the snap of taking photos. The second act was even better, and I cannot even begin to explain the talent and energy on the stage. After Lauren Patten’s powerful delivery of You Oughtta Know in the middle of the second act, there was a standing ovation; stuff like that is not common in theatre, but it completely encompasses the atmosphere of this show.

Being back in a Broadway theater reminded me of the comfort I felt prior to the COVID-19 world. I am so grateful that I was able to return to this community, and that theatre was able to persevere through the events of the last two years. I recognize that because of where I live, it is a lot easier for me to get tickets and travel into New York City for a few hours, but regardless, I still recommend it for anyone who can see a show in the new age of Broadway, post-pandemic shutdown. 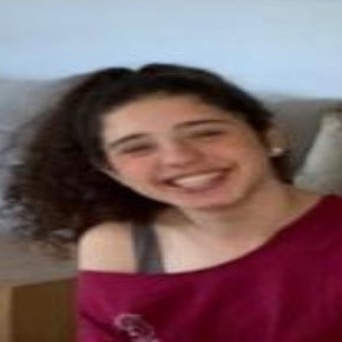 The journey of the COVID vaccine in Israel and why we are one of the leading countries today in vaccinating large amounts of people.