A Faraway Place, Far from Expectations

Four years ago, my sister went to Israel, being the first one in my family to do so, for three weeks with the Diller Teen Fellowship, and it changed her life. I almost had the opportunity to go with Diller as well in the summer of 2020, but we all know what happened that year. But miraculously, I was fortunate enough to finally travel to Israel this summer on ILSI. Up until May 2021, I was unsure if the trip was even going to happen. Everything was up in the air. My flight even changed to be six hours earlier than it was supposed to be. The week before I left with two of my friends from my home region of KMR, it finally hit me that I was going. My life as I knew it was about to change.

But I was still nervous for a variety of reasons. For one thing, this would be my first time out of the country since I was three years old, and I would be traveling without my family during a global pandemic. Not only that, but I was nervous about how people back home in my very non-Jewish area would view this. In the months prior to my departure, tensions between Israel and Palestine were once again heightened. It was all over social media, and every post I saw had a different message. Everyone was shouting about who started the fighting, and it was all so overwhelming, so I stopped talking about it to anyone other than my family.

What could I say? It’s not like I live there and have experienced this conflict firsthand. Nothing I could say could compare to the stories you may hear directly from people who experience it regularly. I felt as if I was bound to make somebody mad. It’s a very tense issue, so I’d rather hear from others than speak over them.

I grew up going to Sunday school at my synagogue, only learning about one singular perspective. In fact, I had never even heard of Palestine until a few years ago. Earlier this summer, when tensions were rising between the two groups, social media was full of infographics and photos that all told different stories. Western media seemed to blow the conflict way out of proportion. This conflict has been going on for decades since Israel’s founding. It took me a while to even gain a vague understanding of the conflict between Israel and Palestine, but once I did I began to view Israel not just as a homeland for my people, but as a country in the real world. I, fortunately, had plenty of opportunities to learn about both Israel and Palestine, including through the Global Israel Fellowship (a virtual, year-long fellowship designed to teach Jewish teens how to have meaningful and productive discussions with people who hold a wide variety of viewpoints).

But even after attempting to immerse myself in Israeli-Palestinian conversations, I was still feeling overwhelmed, especially when social media was flooded with infographics and voices from all different viewpoints. I noticed that a lot of it was outright Antisemitic. I drowned out any thoughts I had about Israel.

But then I went there, and everything changed.

First and foremost, contrary to western media’s popular belief, Israel is not a warzone. Israel is a beautiful country with a vibrant culture, wonderful people, delicious food, stunning sights, and history galore. Our group traveled all throughout the country, beginning in the Negev Desert and ending in Jerusalem. We followed the story of Israel’s founding each place we went. We were required to quarantine until everyone was cleared by the Israeli Ministry of Health, so we stayed at a kibbutz in Sde Boker, the retirement home of Israel’s first prime minister, David Ben-Gurion.

In the Negev, we learned about Israel’s agriculture. In the old city of Akko, we learned about the famous historical leaders that passed through. In the north around the Golan Heights, we learned about the Druze culture and Ethiopian Jewry. We visited a church in Nazareth and a mosque in Haifa. We saw every side of Tel Aviv, from the busiest shuks to the abandoned bus stations. We ate falafel everywhere. We heard from a wide variety of speakers; Israeli and Palestinian, Arab and Muslim. Our previous views on Israel were challenged and our minds were open to new possibilities.

While I was in Israel, I forgot all about the conflict and social media. Israel is not full of tension. It’s full of life. There are people living their lives there, just like you and me. And for three weeks, I was a part of their lives.

It’s strange visiting a foreign country and not being able to speak their language. I spoke as much Hebrew as I knew, but I didn’t have to. Virtually everyone who speaks Hebrew also speaks English. I felt comfortable enough to communicate with locals with my limited knowledge of Hebrew, but I had my new Israeli friends translate for me when I needed it. I’ve continued to teach myself Hebrew even after my trip because I believe that learning languages can connect you to different cultures around the world.

I learned from a young age that Israel is important to my people. But finally, I was able to realize that for myself. For the first time in my life, I felt one hundred percent comfortable being Jewish in public. Being Jewish out loud. On the 4th of July, we had a makeshift barbecue in a public park in Jerusalem. We danced and sang along to Hebrew songs and recited the prayers for before and after meals. I felt safe. I felt at home.

I know not everyone has the opportunity to travel to faraway places, but if you ever do, do not hesitate to take it. Even if you don’t know much about where you’re going, you can (and should) always do research prior to your trip. But the best way to learn about another culture is to experience it firsthand.

There are other ways to connect to different cultures that aren’t as expensive as traveling. Having conversations with people from different countries is a wonderful way to learn about firsthand experiences. You can have Zoom meetings, write to pen pals, and create lasting relationships that don’t require you to leave your home.

Equally as (if not more) important, don’t believe everything you read on social media. Do your own research. Social media is a great place to start learning about hot topics, but you must take the matter of learning into your own hands. The more you learn about the history and current events happening in a country (from credible sources), the more you will begin to understand the people who live there, and the better you will be able to articulate your views.

The world is so vast, but you can make it smaller by exploring more of it and sharing your experiences with others.

Click this link to scroll through a photo gallery and see the beauty of Israel, as seen through my eyes.

The Power of Teamwork

Parshat Terumah reminds us that we are more powerful when we collaborate, share, envision, and unite as one, just as the Israelites did many thousands of years ago when building their Tabernacle.

Broadway is Back, and Better Than Ever

With Broadway’s triumphant return, read along for the experience of a theater-goer’s first show back. 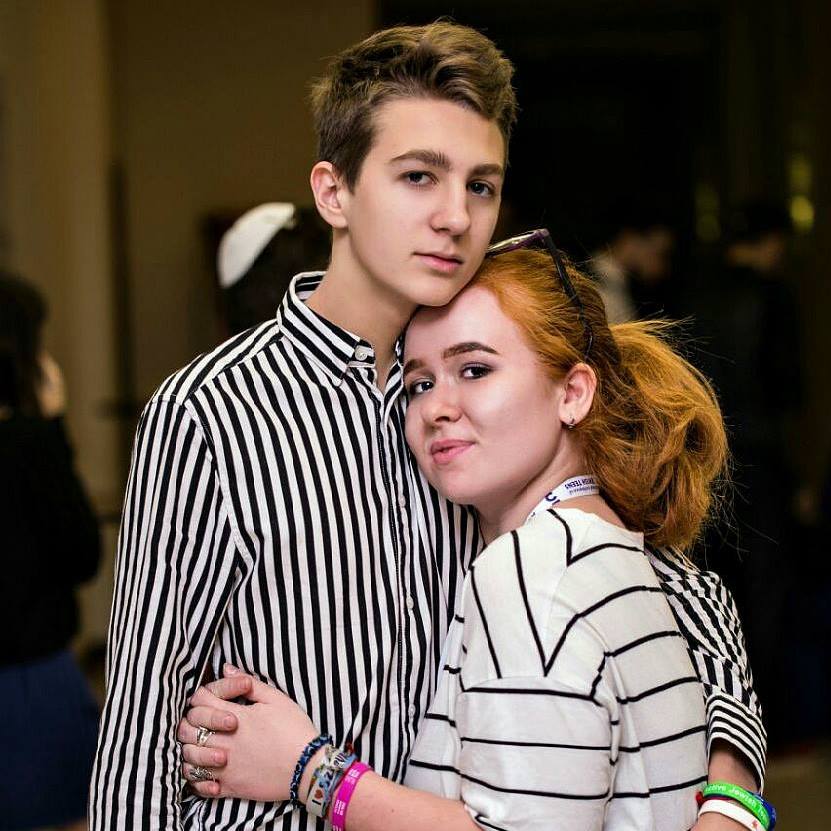 How teens taking advantage of leadership opportunities in AJT!